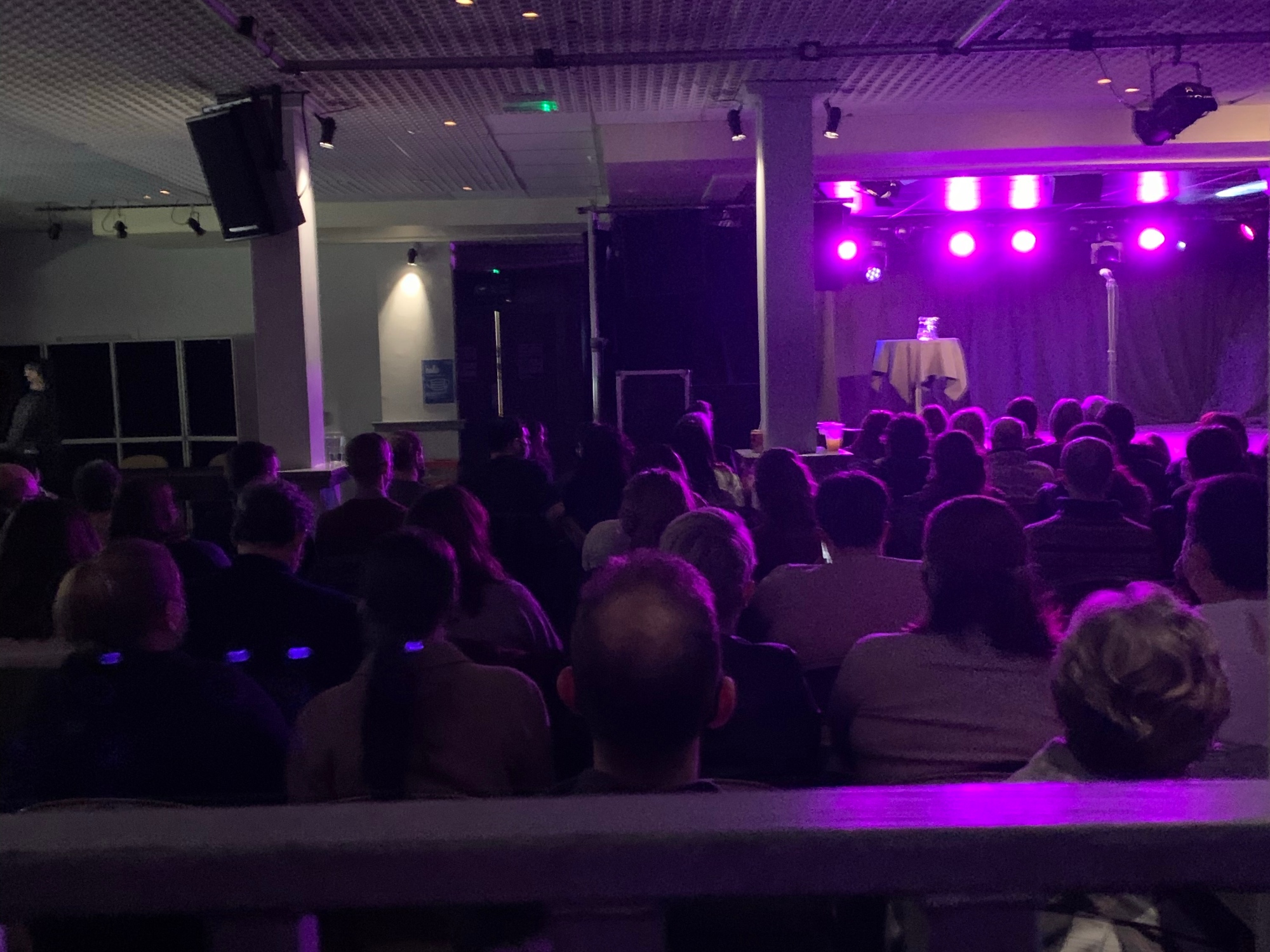 Tonight I am heading to Sindhu Vee’s comedy show ‘Alphabet’. It is not only my first comedy gig alone, it is my first comedy gig ever! So I really don’t know what to expect at all. ‘Why have you chosen to go to one now?’ you may (or may not) be asking. Well when I was in hospital for weeks on end I had a lot of time to watch daytime TV. One the shows that I’d put on if I wanted something not to serious and that could cheer me up would be ‘Live at the Apollo’. Gosh I watched a lot of back episodes of that…But coming back to the blog one of my favourite comedians that performed was Sindhu Vee. Not only was she really funny but she brought something different to the stage. For too long comedy has been dominated by white men, but here was Sindhu standing proudly as an Indian woman and being fantastic. So when I saw her ‘Alphabet’ show was coming to Aberdeen, ‘The Lemon Tree’ to be specific, I knew I had to go. There was no one else available to come with me so rather than missing it I thought so you know what? I can go on my own. So I did and had a great night.

So let me take you back to the evening and tell you all about the gig itself and the experience of going as a solo female. I parked my car at the West North Street car park. I thought about getting the bus, there are some handy stops for here but they go less frequently later and I didn’t want to be hanging round in the dark and also very rainy weather. I will say that the car park does feel like a setting for a murder. I thought it would be busy but I was very wrong. I gave Heidi the Hyundai a comforting pat and hoped she would still be there when I got back (which fortunately she was). Despite the creepiness it is a very handy and cheap car park. It means for someone like me with limited mobility going out later without having to pay for taxis suddenly becomes a possibility again. So it worked out okay in the end.

After I arrived, a little bit bedraggled I admit, the first task was to stand in the queue for the bar before the show started. I was rather hoping they have alcohol free beer. Partly because I hardly drink because it reacts pretty badly with my medications. But also because of the ‘small’ fact I am driving. I won’t lie it’s moments like this where I become so aware of how short I am (I’m 4ft11) because I was sandwiched between two very tall people in the queue who didn’t seem to understand the concept of person space. I felt like all I could see was people. Hello hello I am here!

It was very busy and it did make me feel a bit panicky. I do struggle with Anxiety so I used some of my coping tools to calm down a bit. Because I am determined to build my life back up again. No one cared I was there alone. Heck I don’t think anyone even noticed. I could have been queuing to buy drinks for me and my mates. Remember that if you feel self conscious going somewhere solo. You are so much more aware of it than anyone else will be. Sadly for me though there was no alcohol free beer. Sad times. I had a rather tragic Diet Coke. Which made me feel like an under 18 year old trying to sneak into a bar but they go caught and had to have a soft drink.

I managed to nab a rather neat corner seat for myself next to the tech guys and with an empty seat to my left and no one can sit to my right. It was the front line of the raised section too so no one tall could sit in front of me which is a win! Once I got seated down with my drink and a bit of breathing space I am felt much more relaxed and was reminded why I came out. We have all been spending a lot (as in a lot) more time at home this last 20 odd months and I know a lot of us have anxiety about going out again. I want to reassure you that it’s okay to be anxious and it’s okay to take things at your own pace. But don’t be afraid to challenge yourself either. It’s so good for my mental health to get out of the house and have my mind occupied by something. It makes me feel like old morag before accident and illness and Covid.

It’s a packed room! If it’s not sold out it must almost be. It’s great to see people of Aberdeen supporting the arts. The average age is a bit more than I expected but there is a fair spread. Again the theatre is for all ages never worry about being too old or too young for something. I love a massive range of things from musicals to opera to dance to classical music. I’ll see about comedy though after tonight!

Well it’s 20:50 and it’s interval time. Gosh you know you have been home a lot when the idea you will be out after 21:00 is quite unusual. Also I have been alone too much because I have to remember I can’t bob my head around and sing to the music even if it is catchy! But there is just a great atmosphere and I think being here alone you absorb it more. The sounds all meld together into this wall of ‘folks having a good time but not getting too drunk.’ The show has been so good so far! I haven’t laughed this much in a long time. My gosh though there is this man in the audience and he has the loudest laugh I have ever heard in my life. I am on the opposite side of the venue and I heard it booming over everyone’s heads. Eventually Sindhu Vee had to acknowledge it. It wasn’t done in a mean way, which I like. I don’t find comedy that is just making fun of people and basically being a bully amusing. But anyway this man. Sindhu was laughing, the audience was in hysterics and it took a good few minutes for everyone to pull themselves together. And meanwhile the laugh echoed louder and louder. Makes me smile just thinking about it!

Act two was just as good. Everyone was having a fantastic time and the atmosphere was bright and alive (if that makes sense). Sindhu kept the audience engaged and amused all night. I laughed a lot. I smiled a lot. I was able to be in the present and not panic because I was so absorbed in the show. I couldn’t recommend more highly.

To top off a fantastic night Heidi the Hyundai was still in the car park and had not been murdered or stolen. Although I did have to walk past a gang of youths to get back to her. Please picture the scene, dark night, it’s 22:30 so you know pretty late (for me), and I am walking past in my beanie hat, navy waterproof jacket to my little white car with a cute air freshener hanging from the mirror. There were oh so many stereotypes. But now it’s time to drive home, well once I have worked a way out of this horror film car park. I had a truly wonderful evening, I smiled so much. So next time you see an event you want to go to. Don’t wait around for someone to join you. Just go for it.